“You don’t know what their day’s been, you don’t know how they’re feeling, but when I see a little smile, that’s when I know that I got in. That’s what I like to do, I like to get in…Looking at people in the eyes, talking to them, that’s a way of honoring them. It’s what I do every day, I honor people!”

— words of a nominated “Hidden Chaplain” 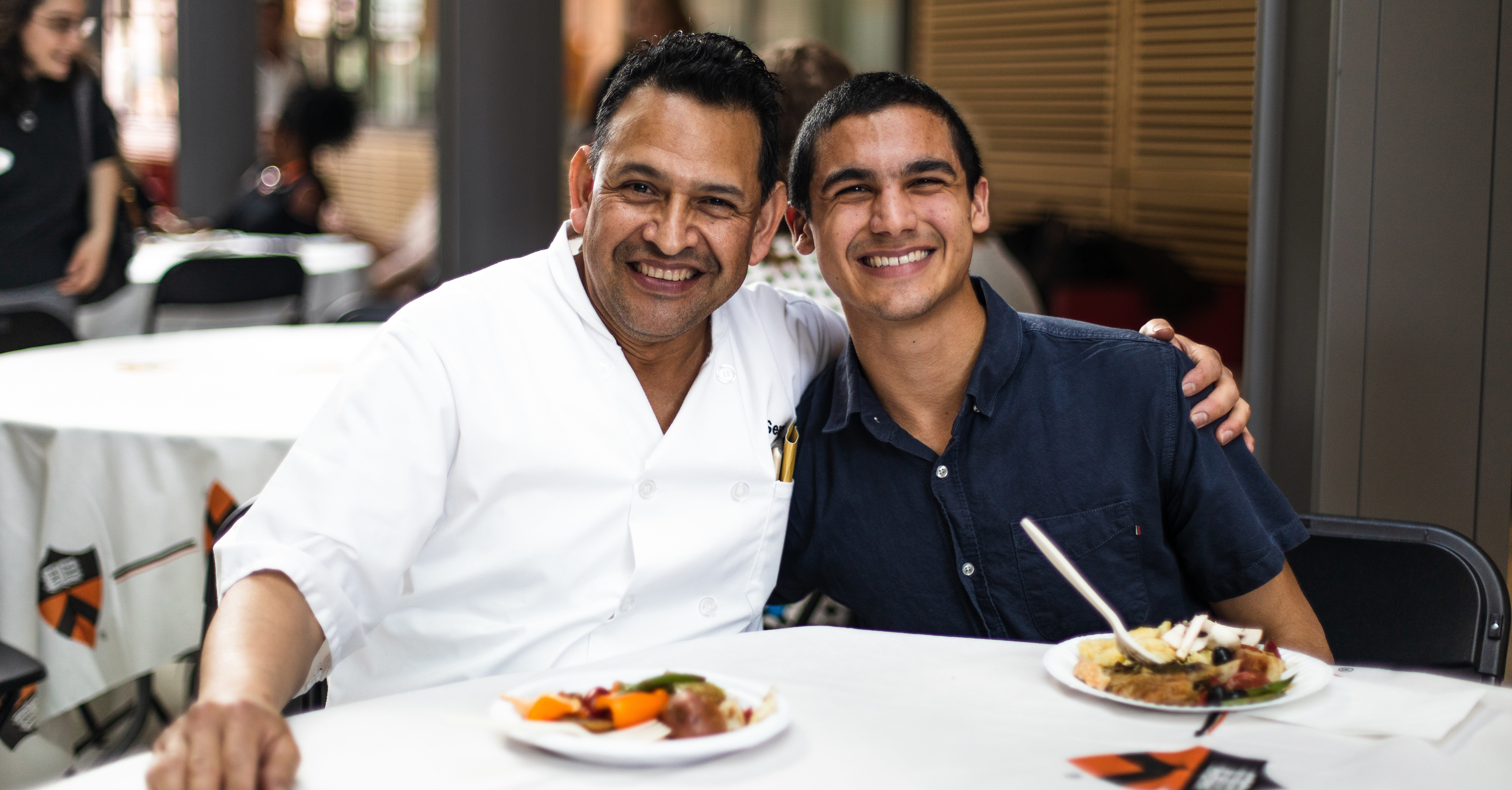 How Does Hidden Chaplains Work?

Hidden Chaplains invites students to identify those people on campus who change their day in small but meaningful ways through regular interaction; not their fellow students or professors or senior administrators or counselors, but rather the dining hall worker, secretary, or facilities staff who smile at them, ask them about their day, engage them for a moment. Students “nominate” a hidden chaplain by reflecting on their interaction and its meaning. The student reflections are invariably diverse and remarkable. Everyone nominated is invited to a dinner with the student nominators, and is asked to bring their own hidden chaplain, with the notion that they too have people who change their day in similar ways. This begins to sketch the informal networks of care that sustain and enrich each of our lives inside and outside of institutions. Hidden Chaplains is a project in re-orienting attention towards those who do the unglamorous everyday work of caring for and about others

Can we make a university compassionate? This question, a chance interaction, and a conversation between a student and chaplain led to the Hidden Chaplains project. It happened during a regular morning meeting between Matt Weiner, a Dean in the Office of Religious Life, and Kyle Berlin ’18. Matt shared a story about a woman named Catalina, a clerk at Whitman College. Although her primary work was to oversee entrance into the dining hall, Catalina knew many students names and interacted with them in a small, yet meaningful way. Kyle smiled, as he knew the clerk that Matt was referring to. As they thought about this incident further they realized that most every student at Princeton had a person or two who served this informal, almost hidden, and yet very important role in their lives.

As a result of these conversations, they gathered a group of students who could help investigate the idea further, and decided upon the above format, to include both a venue for public acknowledgement and celebration, and the opportunity for serious reflection. Why were such relationships, though particular in example, nearly a universal part of a student’s experience? Why did students smile and say the name of their ‘hidden chaplain’ upon being asked if they had one? Why was something so small and informal so very meaningful?  Why was it something never talked about? Why did staff commit regularly and throughout their days to a practice that was not part of their job description? What does it say about the nature of informal interactions, the nature of kindness, and the experience of students and workers on campus?

In summary, Hidden Chaplains is an exercise that hopes to help students notice and appreciate the compassion around them, to create an opportunity for both private and public gratitude, to notice and deepen informal friendships. It hopes to investigate further questions about how compassion manifests within institutions in ways that complement questions about efficiency and justice. Finally, it draws attention to ideas of chaplaincy being considered within secular institutions.